Energy in the landscape 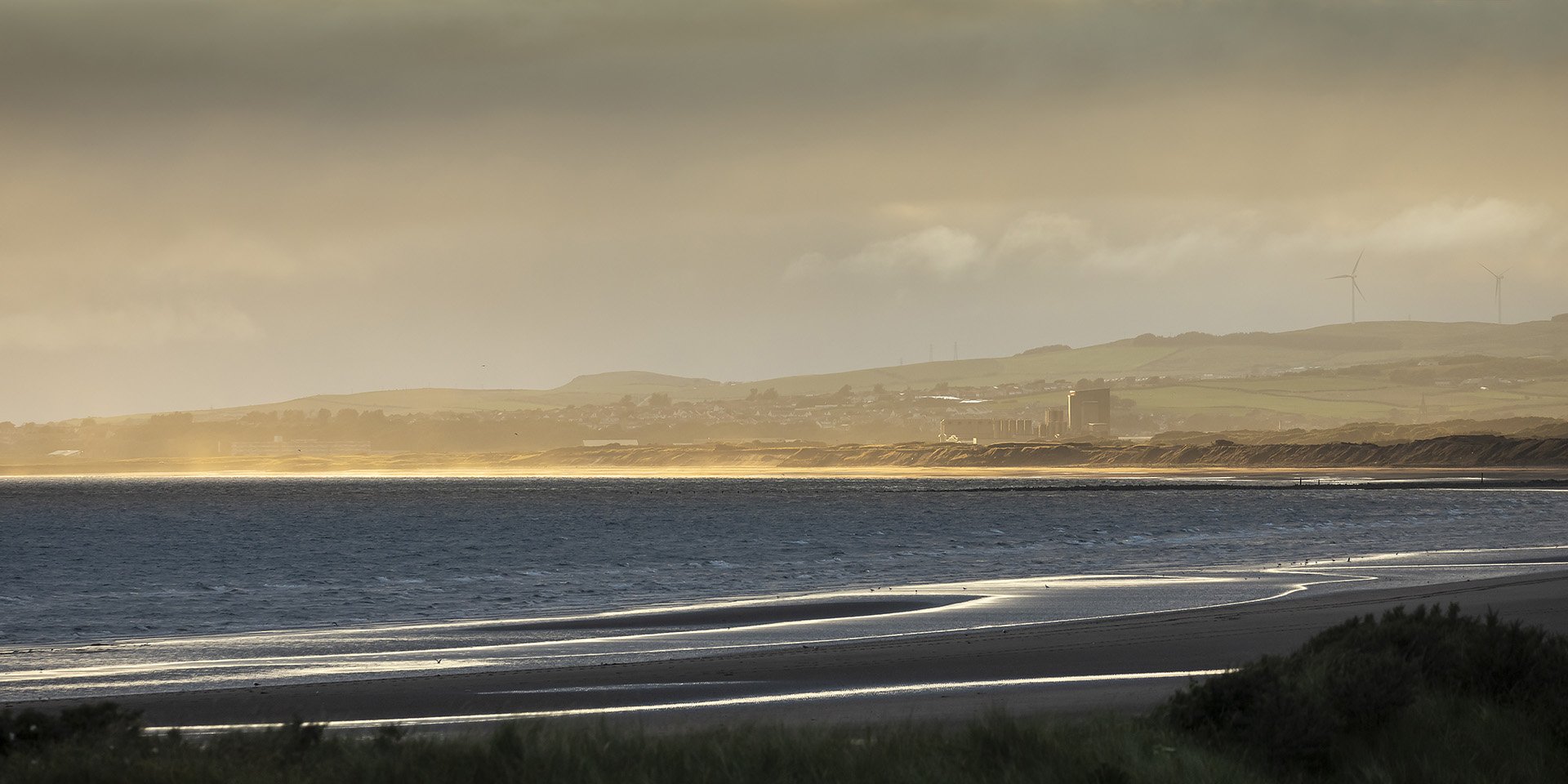 I was commissioned to photograph Western Gailes Golf Club on the Ayrshire coast. I arrived on the Wednesday evening in order to capture the rising sun the following morning. I decided to go the club just in case there were any shots to be had, despite the forecast being poor.
I waited in the dunes but it became clear that the limited light wasn’t going to fall on the course.
My son is a passionate environmentalist, so I decided to turn my attention to getting images that he could use as part of his campaigns.
The light on the coast lit up a factory with wind turbines on the hill behind. Add to that, the waves crashing on the beach and a composition started to form hopefully showing the past and the future of energy. 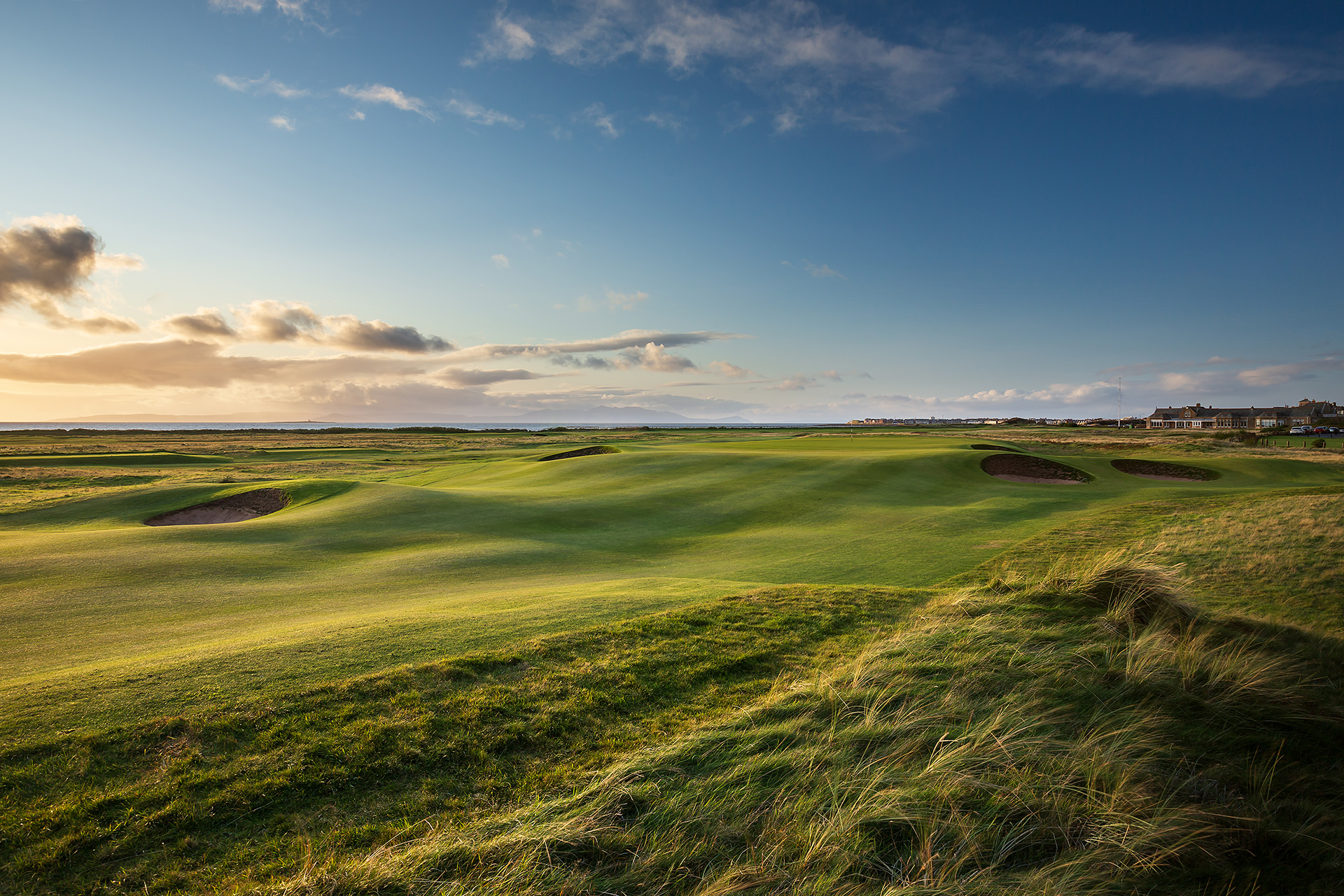 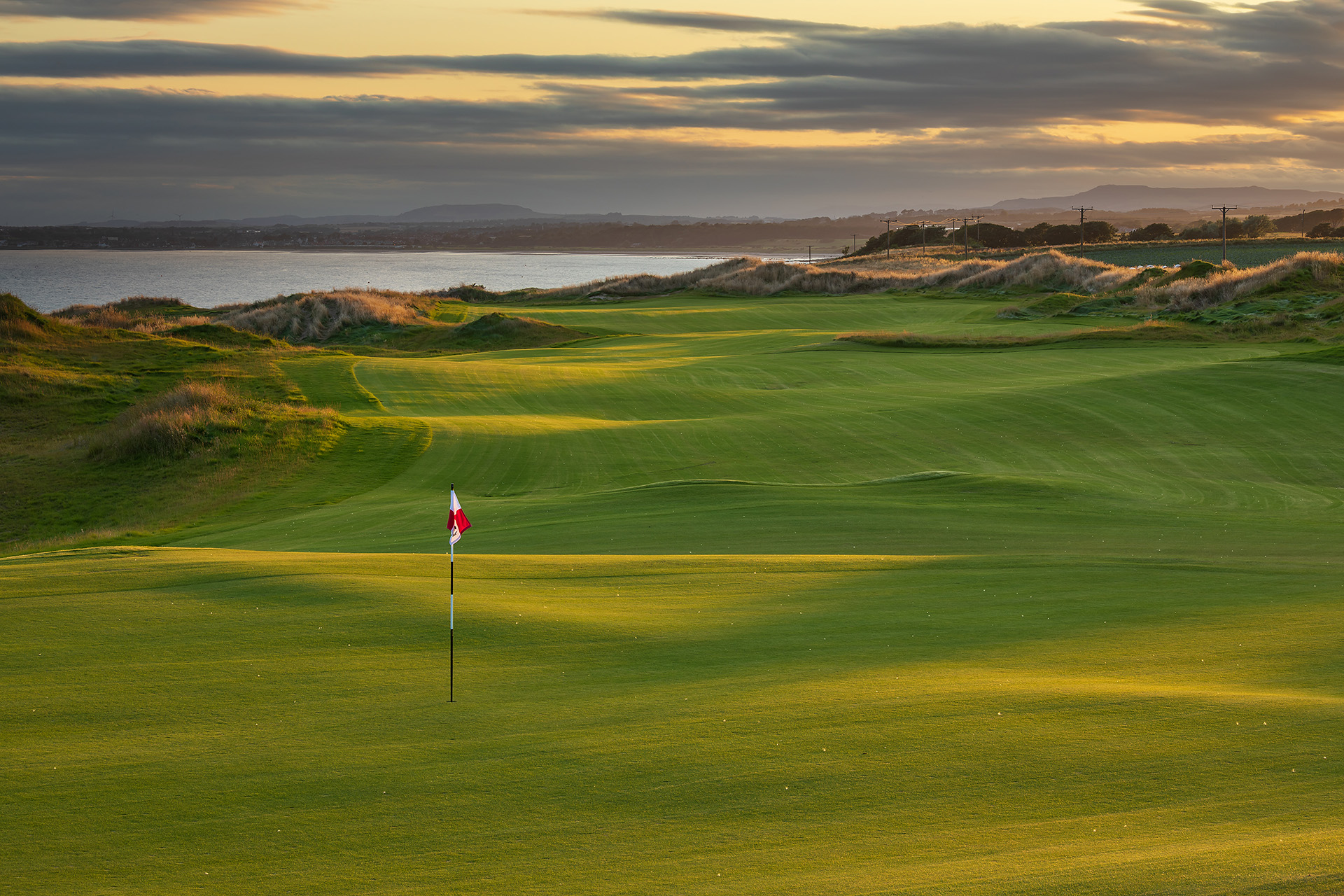 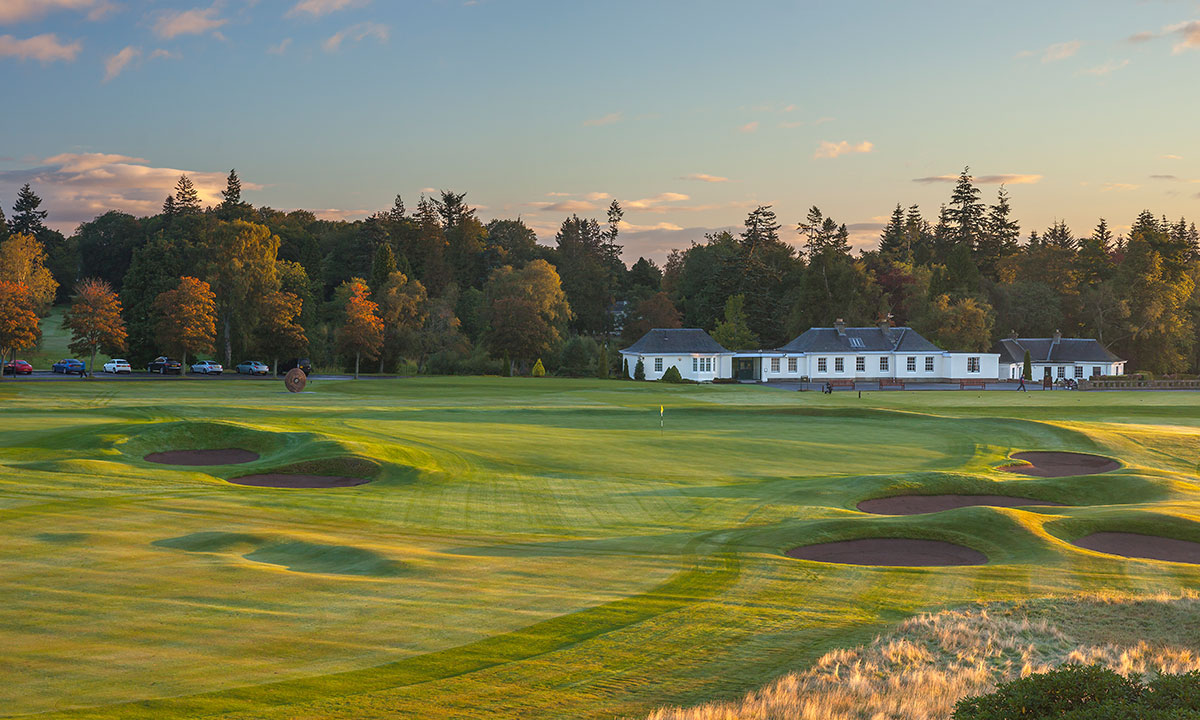