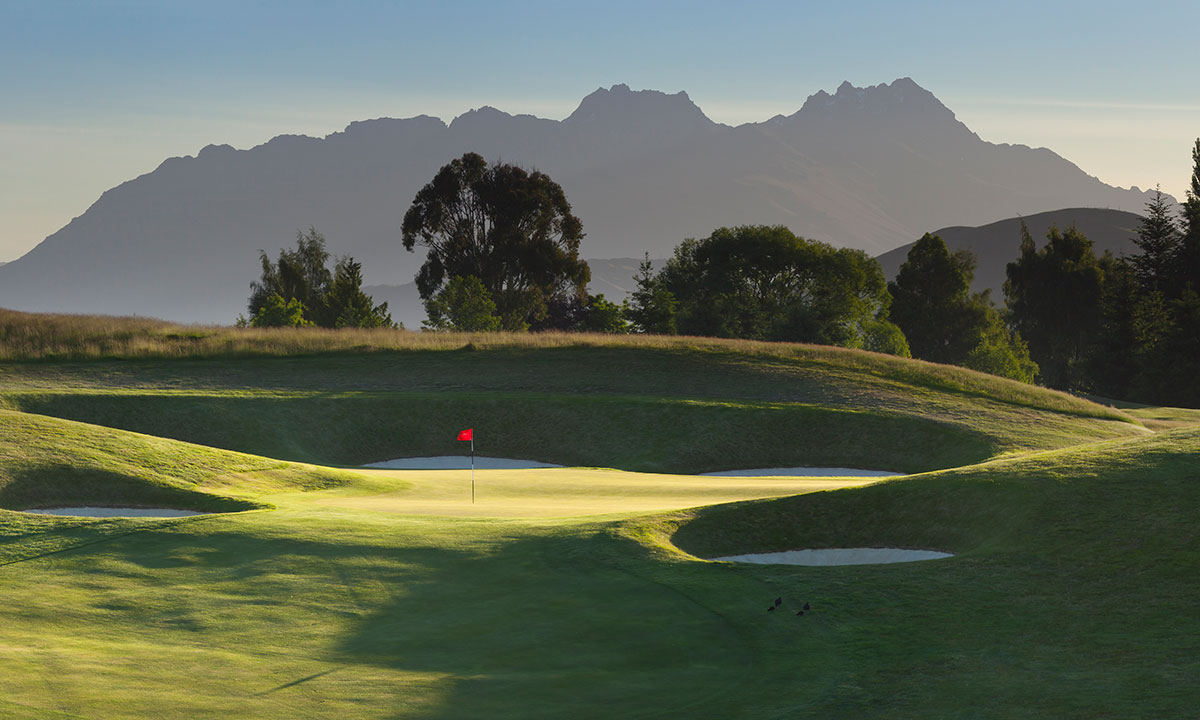 A trip to New Zealand provided me with an opportunity to photograph some wonderful golf courses. Here’s the first of four blogs about the trip which are based on excerpts from an article I wrote for Great Golf magazine. Enjoy.

New Zealand is the most beautiful place you are ever likely to visit – bar none. It was worth the debilitating jet lag and lingering fatigue (which strikes with vengeance on the return leg) to witness this stunning country. Indeed the decision to strike it off my Bucket List was justified as soon as I stepped off the plane at Aucklandon the North Island. By the time I reached Queenstown on the South Island, my satisfied smile had grown into a broad Cheshire Cat grin.

I was here to photograph the ultra-exclusive venue of the 2015 New Zealand Open – The Hills, and the juxtaposition of a championship course surrounded by a glacial valley with jaw-dropping views filled me with joy and excitement.

To be honest, I knew little about the layout before I arrived, and would have known even less if I hadn’t spotted the cheque-book sized name plate on the wooden gate modestly confirming this as the official point of entry. Once inside, the meandering road towards the clubhouse gave little away and it wasn’t until I stood on the first tee that I properly saw what this course was all about.

What lay in front of me was a deeply undulating fairway leading up to a plateau green with an enormous mountain range providing a stunning backdrop. This was golf on a grand scale, and if that’s the kind of thing that gets your golf juices flowing then The Hills could cause a flood. This is epic golf where bare rock faces bank against smooth greens and long, flowing grasses define meticulously cut fairways. Add in the occasional sculpture framed by the dramatic landscape and you have a very special place indeed.

“He has very high expectations and an incredible eye for detail,” explains Craig Palmer describing the club’s owner Sir Michael Hill who heads up one of the world’s leading jewellery brands. “He wants this to be as good as there is.”

The director of golf has been at The Hills for six years and now manages a club that employs 25 greenkeepers and has attracted 200 member families. He says he still accepts some non-member bookings, but admits the goal is to become purely private at some point. My advice is to get in while you still can.

For more images of The Hills, visit http://www.markalexanderphotography.co.uk/TheHills/