Pebble Beach and the AT&T – eight years on

I visited Monterey for the first time in 2009. I was there to look at the changes that had been made to Pebble Beach and write a few travel pieces. Here’s an introduction to one of those stories that captures my first impressions.

Monterey juts out of the Californian coastline like a clenched fist waiting to pummel the oncoming sea. This is where the Pacific Ocean runs into the continent of America with such terrible force that it creates its own momentous soundtrack of water on rock. Like me, you may have thought the pinnacle of Californian coastal living was Baywatch. If you did, you’d have been wrong. 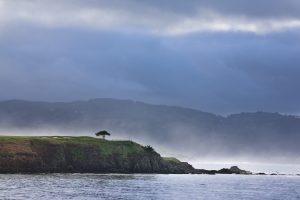 But the best bit about Monterey isn’t the relentless pounding of rocky outcrops by powerful, crashing waves; it’s the fact you can play golf alongside these natural sparring matches in all the glory of the California sunshine, on some of the finest tracks in the world. Top of the pile is Pebble Beach which will host next year’s US Open for the fifth time. Expensive to play but even more striking in the flesh than it looks on the box, this is the daddy of West Coast golf. It’s a round-before-you-die-kind-of course.

But if you feel the $495 green fee isn’t exclusive enough, why not try next door; the Sistine Chapel of Golf – Cypress Point. This fiercely private club is reputedly to be one of the toughest courses to get an invite to play so just meeting someone who’s taken on the fabled three-hole stretch from 15 to 17 is exciting. 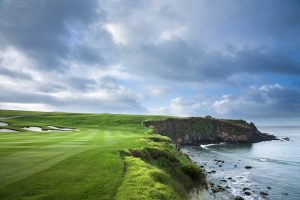 In true Scottish style, I wasn’t inclined to cough up Pebble Beach’s asking price (partly because the course was packed with Pros and celebs competing in the AT&T pro am, but mainly because it would have caused untold damage to my bank balance), and Cypress Point’s draconian visitor policy left me feeling battered after trying to pull every trick in the book to get on. So where do you go in Monterey if you haven’t got five hundred bucks burning a hole in your pocket or if you’re not best mates with a former president? Luckily, you’re spoilt for choice. 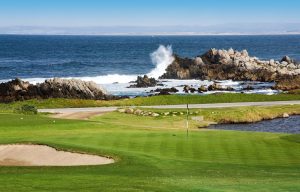