23 NOVEMBER 2016 – Award-winning photographer Mark Alexander is finishing 2016 in style by exhibiting his work through a unique collaboration with a leading public figure while also launching a multi-platform website (www.markalexandergolfphotography.com). It concludes an eventful year for the Scottish photographer who has completed a portfolio of impressive projects alongside launching a fine-art print service.

Alexander, who is based in the Kingdom of Fife but travels the world photographing golf courses, has carried out multiple shoots throughout Europe creating compelling photography and engaging videos for numerous clubs, resorts and magazines. His fine-art prints and greetings cards are now being sold around the world and he is concluding the year by pairing up with North East Fife MP Stephen Gethins, co-chairman of the Parliamentary Golf Group, to create a unique exhibition of golf art.

To kickstart the impressive run of events, the 44-year-old international photographer will launch his new website this week following months of preparation. “Devising a website that presents your work in a new and compelling way requires a lot of work,” says Alexander. “My old website lacked functionality and perhaps didn’t showcase my work to its best. So I am pleased to say that after a long time on the drawing board, the new website ensures that this is no longer the case.”

He continued: “It is also great to tie in the launch with the exciting exhibition being held at the local constituency offices of MP Stephen Gethins. His work with the Parliamentary Golf Group and mine in golf promotion was a perfect fit. Through the Art in Parliament initiative, I hope to provide local people with an opportunity to see some of the fantastic courses they have on their doorstep.” 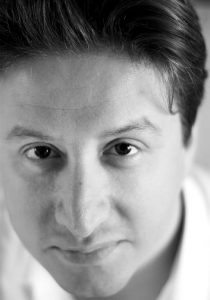 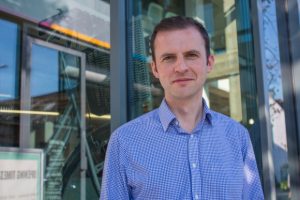 It’s not the first time Alexander has rubbed shoulders with friends in high places. After winning the coveted Creativefife Best Commercial Photograph award in 1999, the photographer was asked to make an appearance at the Scottish Parliament as part of an exhibition to showcase some of Fife’s finest artists.

“I am delighted that Mark has agreed to show some of his work in the constituency office,” said Gethins. “Since we launched Art in Parliament in the constituency we have had a great variety of work on display. We are very lucky to have such a wealth of talent in North East Fife and I am very pleased to have photography added to the collection so far. As co-chair and a founding member of the all-party Parliamentary Group on Golf, I am very pleased we can showcase Mark’s excellent skills which capture some of the best courses in the world including The Old Course and Kingsbarns.”

The new photography website is being launched in two stages with the first giving an overview of Alexander’s golf work and detailed analysis about how he captures his award-winning images. The second phase will provide an in-depth look at his other photographic and video projects, including examples of his reportage, food and portrait photography. There will also be an e-commerce element through which tubed, mounted and framed prints can be purchased. 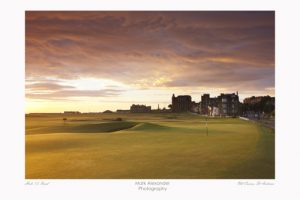 “Today an effective website is vital to any business and absolutely key to promoting your services,” said Alexander. “That is certainly how many of my clients, which include golf clubs, tourism organisations and big-name brands, have used my images. It is now high time my work was showcased in a similar way, and this website will do just that.”

The new website will feature golf courses from around the world, including Alexander’s evocative images of Prestwick Golf Club and compelling portfolios from New Zealand, the US, Europe and Asia, not to mention recent shoots at The Kings and Queens Courses at Gleneagles, Dundonald Links and Loch Lomond Golf Club in Scotland. There will also be a dedicated section highlighting his home town of St Andrews and the Kingdom of Fife where he lives and works.

The website was created by the design team at Flintriver; a leading branding and marketing agency with a track record of producing high-end marketing collateral. “Flintriver has enjoyed a successful working relationship with Mark over many years,” said David Williams, managing director of Flintriver. “It was a privilege to design and build his new website and ensure his work and talents were put on centre stage.”

Alexander is a consultant partner for the European Institute of Golf Course Architects and is the first commissioned photographer to photograph Prestwick Golf Club in its 162-year history. He continues to be in high demand with recent photographic commissions creating compelling portfolios for Loch Lomond, Southport & Ainsdale and Thorpeness golf clubs while previous projects include an extensive commission from hotel giant Marriott as well as photographing all the courses at the five-star resort at Gleneagles.

Commenting on his work, Alison Hunter of Dundonald Links, host of next year’s Scottish Open, said: “Prior to commissioning Mark to photograph Dundonald Links, we had viewed his catalogue of work, which in itself was suitably impressive. We are delighted with what he has produced for us at Dundonald Links. He captures the dramatic landforms and the natural beauty of the golf course perfectly.”

As well as launching a new website and presenting his golf prints at MP Stephen Gethins’ Cupar constituency offices, Alexander will also be showcasing many of his golf and landscape images during next year’s Open Studios North East Fife event.

1) Mark Alexander is an award-winning golf course photographer and established journalist. His work has appeared in consumer magazines, newspapers and b2b titles.
2) His images have appeared in magazines such as Golf Digest, Links Magazine, Golf World, Today’s Golfer, Golf Monthly, Golf Course Architecture and Golf Illustrated.
3) Alexander is based in Fife but travels across the world shooting golf courses for resorts, architects and golf clubs. He has over 150 courses showcased on his website – www.markalexandergolfphotography.com
4) He has been commissioned by several entities including St Andrews Links Trust, Turnberry, Prestwick, La Manga, Finca Cortesin, Royal Lytham & St Annes, Northern Ireland Tourism Board, VisitScotland, Glenmorangie and Ralph Lauren.
5) In 2009, Alexander picked up Creativefife’s Best Commercial Photograph award for a portfolio of images depicting Turnberry’s Ailsa course.
6) The Parliamentary Golf Group has the singular remit to support the sport of golf and has 70 members from both Houses of Parliament and across all major parties. For more information, visit www.parliamentary.golf
7) Alexander will be also be exhibiting a wider range of his work during the Open Studios North East Fife next year. For more information, visit www.openstudiosfife.co.uk/artist/155
8) For more information about North East Fife MP Stephen Gethins, visit www.parliament.uk/biographies/commons/stephen-gethins/4434
9) For more information about Mark Alexander, visit www.markalexandergolfphotography.com.
10) The attached images are (from left to right); Mark Alexander; a mounted print of The Old Course, St Andrews; Stephen Gethins MP